Sheet metal may be cut in numerous ways, from hand tools called tin snips as many as huge powered shears. With the advances in technology, sheet metal cutting has looked to computers for accurate cutting. Many sheet metal cutting procedures are built on computer numerically controlled (CNC) laser cutting or multi-tool CNC punch press.

A normal component (for instance, the side of a computer case) could be cut to high precision from a blank sheet metal in below 15 seconds by either a press or a laser CNC machine.

The quality of the edge might be mirror smooth, and a precision of around 0.1 mm (0.0039 in) could be obtained. Cutting speeds on thin 1.2 mm (0.047 in) sheet can possibly be as high as 25 m (82 ft) per minute. Many laser cutting systems use a CO2 based laser source with a wavelength of around 10 µm; some more recent systems use a YAG based laser with a wavelength of about 1 µm.

CNC laser entails moving a lens assembly moving a beam of laser light over the surface of the metal. Oxygen, nitrogen or air is fed through the same nozzle whence the laser beam exits. The metal is warmed up and burnt with laser beam, cutting the metal sheet.

If you want to clearly understand the Process of Laser Cutting, you can click here to achieve this basic knowledge in metal fabrication field.

Turret punching is done by placing the sheet of metal stock in between a punch and a die mounted in a press. The punch and die are built from hardened steel and are the same shape. The punch is sized to be a very close fit in the die. The press pushes the punch against and into the die with ample force to cut a hole in the stock. Sometimes the punch and die “nest” with each other to create a depression in the stock.

A typical CNC turret punch has an alternative of as high as 60 tools in a “turret” that could be rotated to deliver any tool to the punching position. A simple shape (e.g., a square, circle, or hexagon) is cut directly from the sheet. A complicated shape could be cut out by making countless squares or rounded cuts around the perimeter. A punch is less flexible than a laser for cutting compound shapes, but faster for repetitive forms (such as, the grille of an air-conditioning unit). A CNC punch can reach 600 strokes per minute. 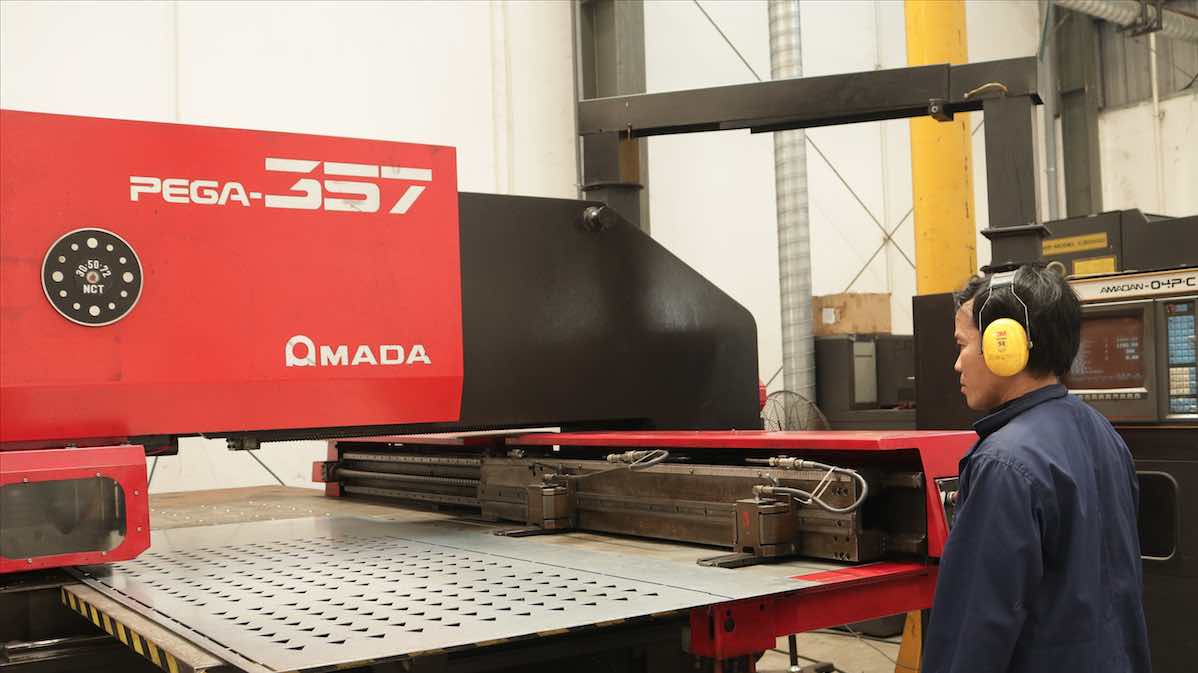 In advanced stamping, a coil of stock is fed into a long die/punch set with many stages. A number of simple shaped holes may be manufactured in one stage, but complex holes are created in a number of stages.

Bending is performed by hammering (manual or powered) or via press brakes and similar tools. Present day metal fabricators use press brakes to either coin or air-bend metal sheet into form. This is a kind of bending used to generate long, thin sheet metal parts. The machine that turns the metal is called a press brake. The lower portion of the press contains a V-shaped groove called the die. The upper section of the media consists of a punch that presses the sheet metal down into the V-shaped die, causing it to bend.

There are multiple methods used, but probably the most common innovative method is “air bending.” Here, the die has a sharper angle than the required bend (typically 85 degrees for a 90-degree curve), and the upper tool is accurately controlled in its stroke to push the metal down the volume necessary to bend it through 90 degrees. 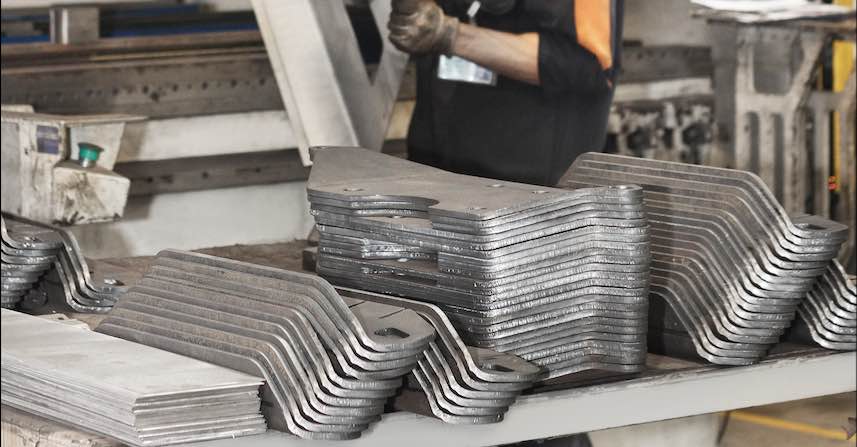 Normally, a general purpose machine has an available bending force of around 25 tonnes per meter of length. The opening width of the lower die usually is 8 to 10 times the thickness of the metal to be bent (for example, 5 mm material could be deformed in a 40 mm die). The inner radius of the bend formed in the metal is determined not by the scope of the upper tool, but by lower die width. Generally, the inner radius amounts to 1/6 of the V-width used in the forming process.

The press generally has some back gauge position depth of the bend along the workpiece. The back gauge could be computer managed to permit the operator to get a series of bends in a component to a high degree of correctness. Simple machines manage only the backstop, better machines control the position and angle of the stop, its height and the position of the two reference pegs used to identify the material. The machine can also record the precise position and pressure required for every bending operation to allow the operator to accomplish a perfect 90-degree bend across a range of processes on the part.

HOW TO WORK SAFELY IN SHEET METAL FABRICATION INDUSTRY